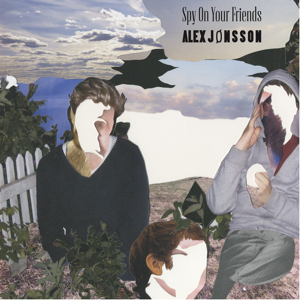 (5/6) - ”We are to a large extent dealing with music, which gets the time it deserves, and which, with no staffage and with no idling, has identity and continuity. Well, it is just nice to be in room with this music, because you as a listener are drawn into a universe of immersion and intimacy."
- Kjeld Frandsen, Berlingske (DK) - 2015

"I’m not sure what it is with these young Danes but for me they are hitting the sweet spot at the moment.”
- Peter Bacon, thejazzbreakfast (UK) - 2015

(5/6) - “It is not difficult to understand why the Aarhus lad is considered one of the leading guitarists in Denmark."
- Martin Seymour, Fyens Stiftstidende (DK) - 2015

"During some of the songs the atmosphere grows magical: the beautiful "Romanticized" reaches something exceptionally beautiful..."
- Pasi Virtanen, Jazzpossu (FI) - 2015

"...an album, where the interplay between the three musicians unfolds remarkably intensely.”
- Niels Overgaard, Jazzogvinyl (DK) - 2015

“On his second album, Danish guitarist Alex Jønsson shows a playing wide open and with a lot of creative whim. You’ll hear him play long lyrical and melodic solos, open and sparse chords that give airiness to the music and leave lots of space for the other musicians, and even edgy crosswise playing with plenty of dissonances.”
- Andreas Lagercrantz, Lira Musikmagasin (SE) - 2015

“Alex Jønssons “Like a River” is lovely vintage, also due to the fact that it swings - an otherwise sadly absent dimension in contemporary jazz. In ”Let. It. Go” the playing is outlined and sharpened, combined with fine playing of chords and melody line of the kind that is the hallmark of jazz (…) Ominous-drone, fantasy style, heavy chords, effects and flageolets surprise the listener and spread joy in ”War Is Peace” - the title to begin with, from George Orwell’s ”1984”, is a look into the future. It is worth discovering with Alex Jønsson.”
- Leif Janzon, Tidningen Kulturen (SE) - 2015